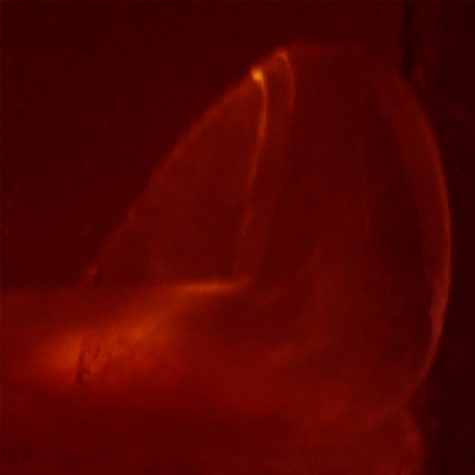 If you wish to pasteurize the vinegar, it will be shelf-stable for longer, but will lose all of it’s raw and probiotic qualities. To pasteurize the vinegar, strain it into a non-reactive pan and bring the temperature up to 140°F, not to exceed 160°F. Then, bottle and store the finished vinegar out of direct sunlight. We do not recommend pasteurization, when vinegar mother is completely done changing ethanol to acetic acid it will preserve itself along with the benefits of the living organisms.

Long viewed as a contaminant in beer and wine making, the acetobacter bacteria that create vinegar are in fact useful and agreeable organisms. Acetobacter live everywhere, all around us, on the skins of fruit, the feet of flies, in even the cleanest of kitchens.  They give kombucha its characteristic tang, and, while it is true that they do not make for good beer, wort inoculated with acetobacter will quickly turn into a fine malt vinegar.

WHAT IS A SCOBY?

Like many fermented beverages, vinegar creates a SCOBY as it digests the sugars present in whatever liquid is being fermented. SCOBY, as you may know from other fermentation projects, is an acronym for Symbiotic Community of Bacteria and Yeasts.  The opaque material that makes up the SCOBY floating on the surface of the fermenting wine is composed mainly of cellulose, which is a byproduct of the action of the several strains of acetobacter and yeast that work to turn alcohol into vinegar.

WHAT IF MY VINEGAR LOOKS CLOUDY?

As the vinegar ferments, it may become cloudy; this is natural, and nothing to be concerned about; it will clear somewhat as fermentation slows again. A SCOBY will form on the surface of the liquid, indicating that the bacteria and yeasts are doing their work. A little cloudiness in the finished vinegar indicates a thriving microbial community. This is a good thing.

Acetobacter is a genus of acetic acid bacteria. Acetic acid bacteria are characterized by the ability to convert ethanol to acetic acid in the presence of oxygen. Of these, the genus Acetobacter is distinguished by the ability to oxidize lactate and acetate into carbon dioxide and water. Bacteria of the genus Acetobacter have been isolated from industrial vinegar fermentation processes and are frequently used as fermentation starter cultures

Hope you have fun getting started with fermenting your own homemade vinegars. Remember, don’t hesitate to let us know if you have any questions!

to purchase our organic mother of vinegar click here

Michael Posted on September 25, 2018
Thank you for purchasing our Michael’s MOV –  Mother of Vinegar. Here are the detailed instructions to supplement those [...]

X
We use cookies to ensure that we give you the best experience on our website.Ok